Behind the Veil : Saudi Arabia Fashion

The Kingdom of Saudi Arabia is a land of mystery and misconceptions. Recently the muslim nation has begun a number of initiatives designed to help the rest of the world see their country with new eyes. One area where things seem to be shifting significantly is the increasingly important roles women play as more and more of them move into the work place and push for increased liberties. One area that is showing real potential is the realm of fashion design.

The inaugural edition of the Jeddah Vogue Fashion Experience that took place in the coastal city late last month gave an impressive glimpse behind the veil of the Kingdom of Saudi Arabia.

This is a country still very much shrouded in secrecy and misunderstanding by the outside world. But after two years of planning Franca Sozzani, the editor in chief of Italian Vogue, who has been the force behind a number of Vogue Fashion Experiences in the Middle East, and HRH Princess Adelah bint Abdullah bin Abdulaziz were able to invite a group of foreigner journalist and fashion designers to the country for the auspicious occasion.

A dream team of women judges, including Silvia Venturini Fendi, Delfina Delettrez Fendi, Alberta Ferretti, Stella Jean and Farida Khelfa, examined the work of 10 female Saudi fashion designers. The winner of the event will have the opportunity to present her collection at Palazzo Morando during Milan Fashion Week next September. The high level of skill displayed by the designers compelled the judges to, at the last minute, add two additional prizes into the mix. 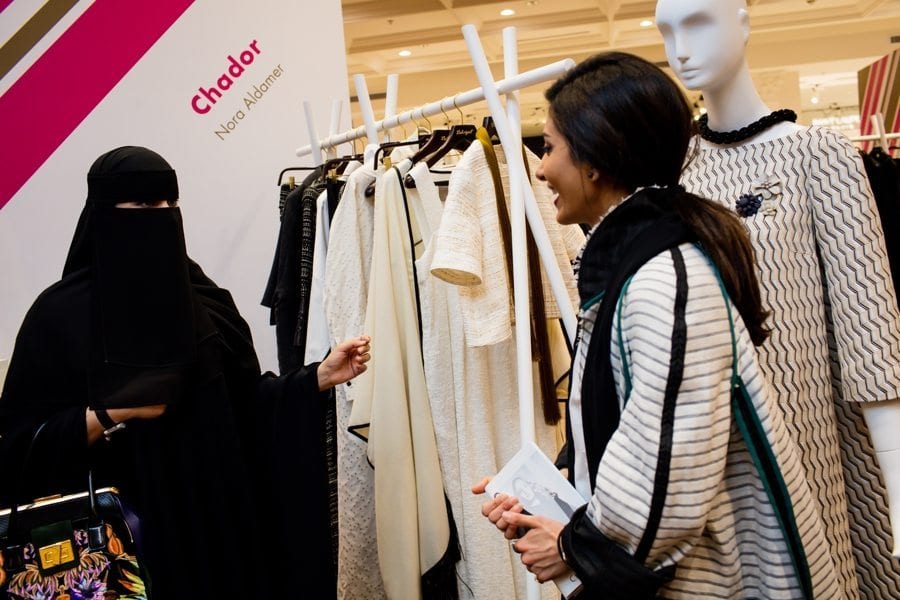 The unspoken hope that permeated the entire event was that the promotion of working women in Saudi Arabia would be the first step towards changing the perception of what women are capable of in a country where they still have very limited power. And by the same token show the Western world that things are, every so slowly, beginning to change.

The growing number of Saudi women moving into the workplace has also helped this measured shift in status quo. So has the return of a generation of women in their 20s and 30s who have earned higher education degrees in Western universities. They are coming back to the country intentionally looking to instigate change from within.

Another major factor in the permutation of Saudi Arabians understanding of the world outside its boarders comes thanks to the Internet. Surprisingly the Internet has not been firewalled to the bare minim, and thus has made it possible for even those who don’t travel outside of the country to get a glimpse of what the rest of the world is up to. As the saying goes, knowledge is power and the Internet has been an eye opening and transformative tool for natives. 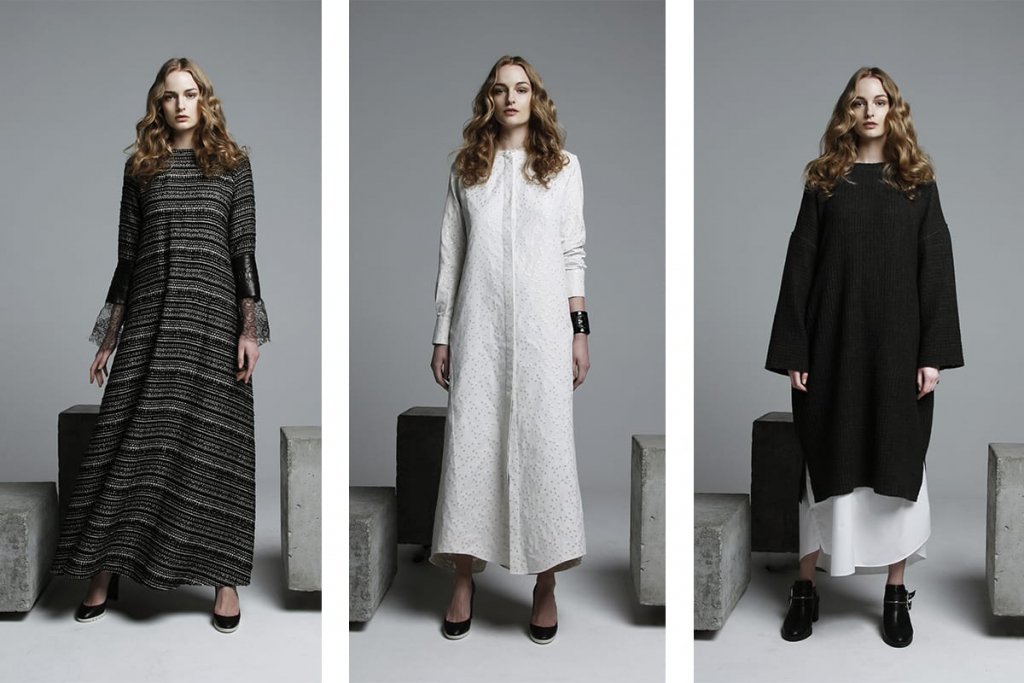 In the end the autodidact designer Nora Aldamer took home the top prize at the Vogue event. Her streamlined and sophisticated Chador collection was marked by its refined construction and creative fabric manipulation. But the judges were also very impressed by the way Mariam Bin Mahfouz and Nouf Hakeem of Haal Inc were able to update the traditional abaya, amongts other designs, in a way that looked and felt contemporary. They too will travel to Milan in September. As for Alaa Balkhy of Fyunka, she will have the chance to team up with the Italian bag and accessories brand Carpisa.

“I am so happy to see the excitement in these young women’s eyes,” said Princess Adelah bint Abdullah bin Abdulaziz. “These designers now see the possibilities in front of them. I hope events like this, that bring guest from other countries to Saudi, will help start to change peoples understanding of who we are,” she added.

Who they are is a force to be reckoned with. The ten finalists each found their own unique way to give a chic and modern approach to fashion that was still respectful of local sartorial customs and restrictions. It was almost as if by giving these talented young women limitations it forced them to be that much more creative.

«I hope events like this, that bring guest from other countries to Saudi, will help start to change peoples understanding of who we are. »

“I feel really honored,” said Aldamer after her win. “I know this my step to the future and becoming international. No one would even know about me if it wasn’t for Vogue Italia and Rubaiyat – I came from nothing.”

Rubaiyat, the leading luxury department store in Saudi Arabai, was the main backer of the initiative. While it’s astute and gregarious female president Wafaa Abbar proved herself to be a shinning example to visiting guest of the dramatically changing role of women in the country. She started out at the company working as a children’s and ladies retail manager and moved up through the ranks before finally being named president of the group.

In 2014 she was instrumental in the opening of the first Rubaiyat multi brand luxury department store in Saudi. The 44,000 sqft space, which is spread across two levels and stocks more than 350 global fashion brands, has been smartly curated. Blending both staple brands like Gucci, Yves Saint Laurent, Dolce & Gabbana and Bottega Veneta with more unexpected niche labels. 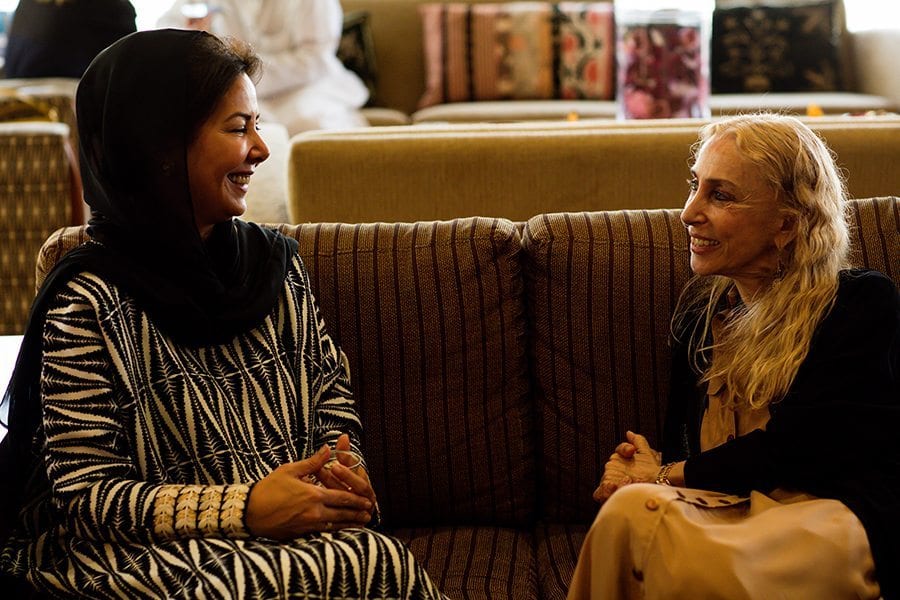 Franca Sozzani, Vogue Italia editor-in-chief, is one of the main forces behind the event.
Photo : courtesy of VFEJ

“We have many challenges,” admitted Abbar about the role of women in her country. “But so much is improving. We have moved a long way forward, in every aspect and in every field. Barriers are falling down more and more. I would say that one major challenge, although I would not really call it this – as its more about traditions we were born and raised with – is the separation of the two genders,” she said.

The eye opening three-day event, which included fashion talks, collection showcases and female only networking events finished with a lavish bang in the form of a charity gala dinner where 400 of the most powerful women in Saudi came together for an alfresco dinner in Princess Adelah’s lush gardens, which brush up against the Red Sea.

“I feel this is an important step for a country where the outside awareness of the country doesn’t correspond to what you see when you are here,” said Sozzani as she looked around at the arriving guests at the gala dinner. “When you get here everything is really easy, everything is beautiful, everything is very warm and inviting. The people are very nice. I honestly didn’t know what to expect and I was very pleasantly surprised.”

Here’s hoping that events like Vogue’s in Jeddah will help to strengthen the movement for more expansive women’s rights in Saudi Arabia. And that the roots of change are starting to take hold beneath the nation’s wind swept sand dunes. 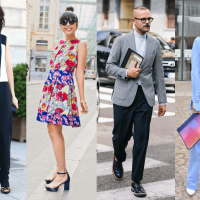 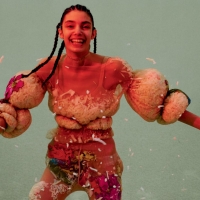