Although the menswear show that designer Alessandro Michele presented in an emerald green venue on Monday was the final one before the Gucci brand folds the line into its future womenswear presentations, it proved that the Gucci man is still more then capable of standing on his own in terms of creativity and whimsical flair.

Like many other designers in Milan, Michele turned to the idea of exploration and far flung travel this season. But his was more of a journey rooted in a need for self discovery rather than the conquest of foreign lands or a reconnection with Mother Nature. A self-awareness was physically illustrated in the clothing a person wears, pieces constructed out of souvenirs, remnants and tchotchkes picked up along life’s journey. 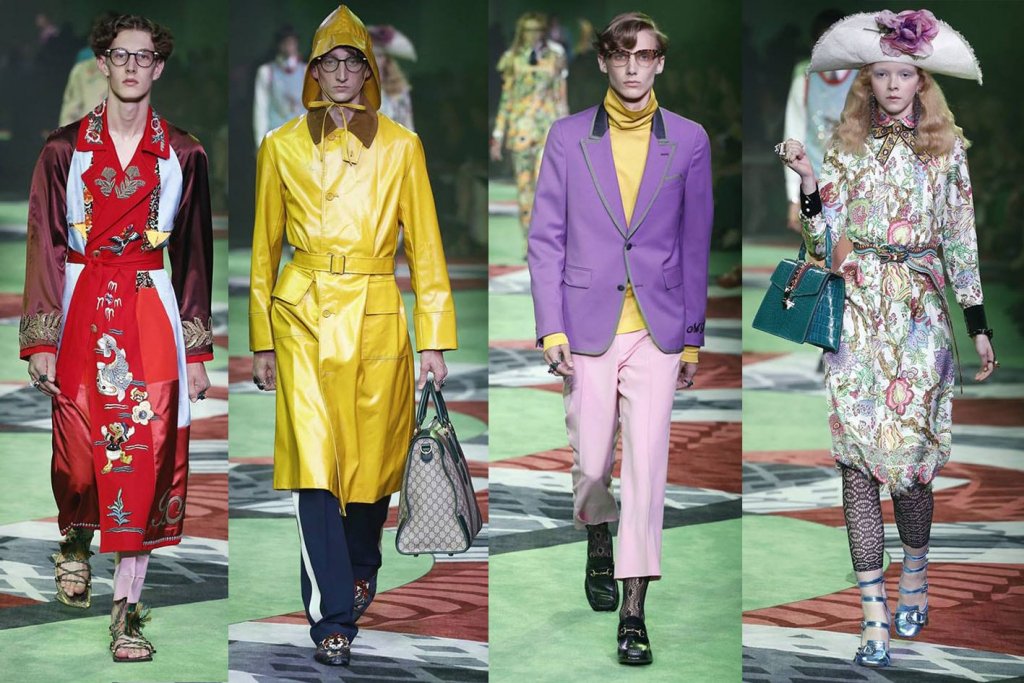 Like a childhood toy brought on the trip to act as a protective totem, the designer landed on the quirky choice of the iconic Disney character Donald Duck. Spotting his beak in woven the silk of a chinoiserie jacquard coat, stitched into the back of  a jacket and even knitted into a sweater vest became a sort of sartorial “Where’s Waldo”. It imbued the collection with a childlike innocence that added an extra layer of charm to the label’s already whimsical predilections.

This show was a continuation and expansion of the romantic universe that Michele is building up around Gucci. Pieces that were a shock to the system (wallpaper print silk suit, the highly ornamental jackets, the kooky slipper shoes) have now become hallmark of the house. Onto this the designer layered on garments with some nautical notions such as a yellow seafaring navy rain slicker and a sailor striped sweaters with trompe-l’œil neck scarf, splotchy acid bleached jeans and the particularly appealing addition of floral embroideries edging the collars and cuffs of classic white button up shirts. 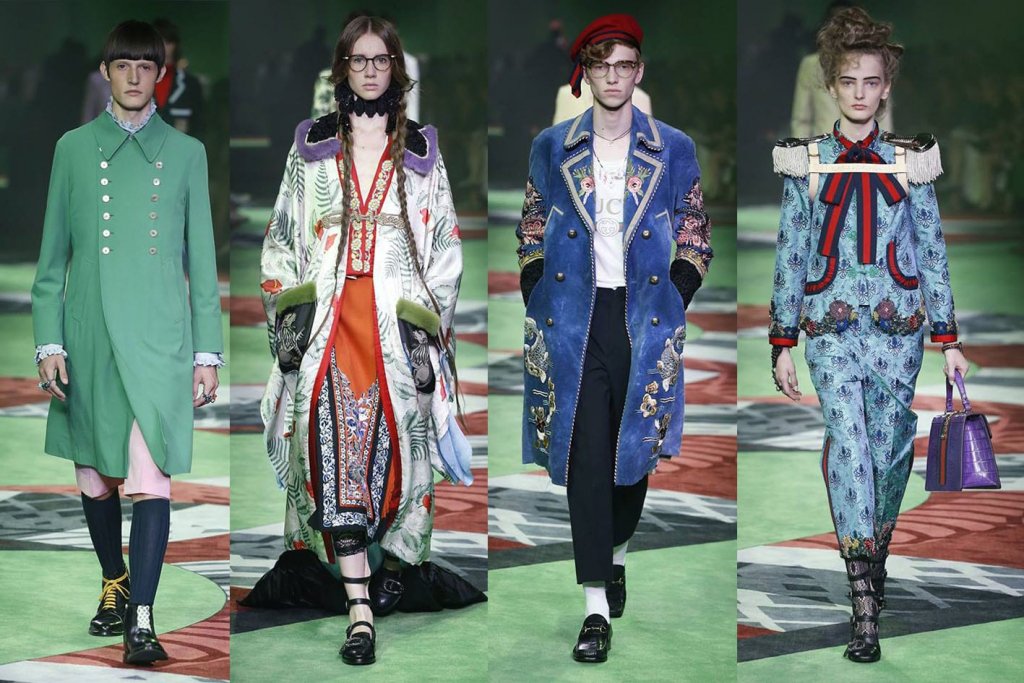 The designer stated that his idea of travel is “to travel but not leave for anywhere, and dream about somewhere you don’t know.” And it’s true that the fantasy of a place, person or thing, is sometimes better than the reality. As for this collection, what you see on the Gucci runway is just as spectacular and inventive as one might imagine. Just like home when you return from a long trip, it doesn’t let you down. 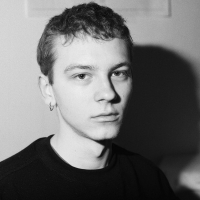 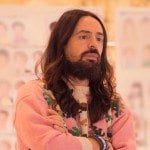 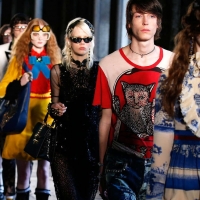