In a Milan menswear spring-summer 2017 season that is missing quite a few familiar faces in terms of brands showing their collections it was a treat to see the Marni menswear line, which only recently started doing a runway show, really come into its own on the catwalk.

Always a lover of the quirky, designer Consuelo Castiglioni continued to play up the cool juxtaposition of dissonant proportions, slightly odd color combos and atypical accent elements. A geeky misfit lineup that was charming in its refusal to be categorized or given a clear-cut sartorial label.

There was an intriguing DIY schizophrenia to pieces that were finished off with strips of Velcro. Their distinctive scratchy taps held together (or left open) the backs of roomy coats, bonded spliced and diced sectional shirts or were used to create a more fitted waistline on boxy tops. Then there were the missing squares of fabric cut out of the bottom of cropped pants and the floating waistlines that sat completely detached from their trousers (save for a few judicious Velcro straps), two treatments that helped to highlight the transformative nature of this line up. 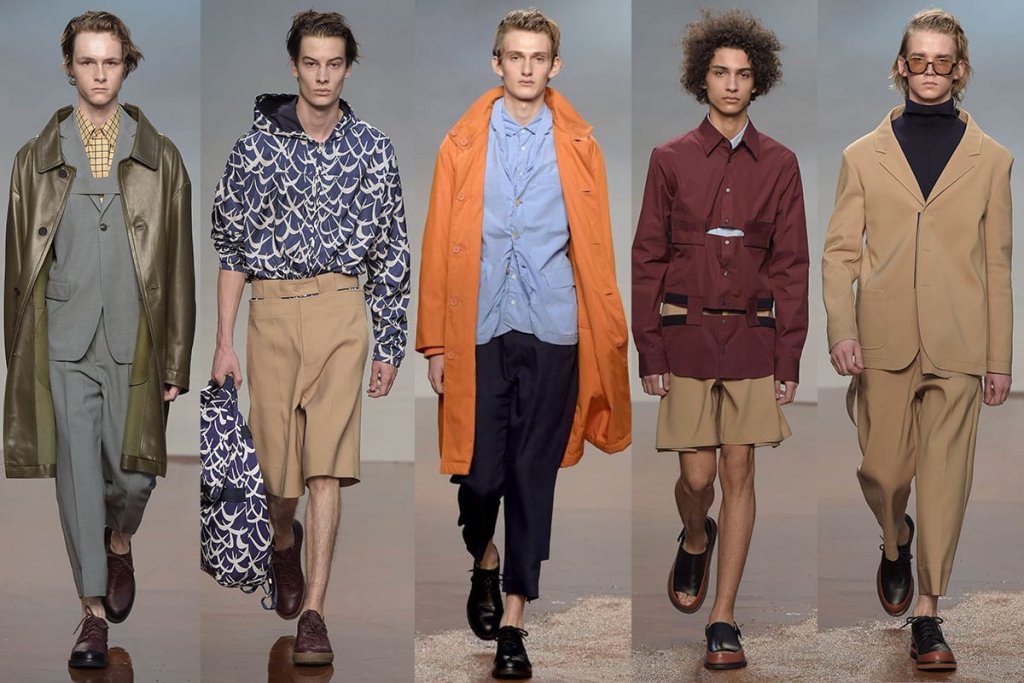 For there was a sense that Castiglioni had somehow captured her man in the middle of a pubescent growth spurt. Her use of both shrunken and slightly oversized shapes, the appealingly ungainly shoes and the classic nerdy black rimmed glasses that only framed on the bottom half of the designer’s shades all spoke to a man in transition. Moving from the naïve of adolescence to the more self assured era of adulthood.

The Marni menswear line also seems to have matured into its full-fledged self. An unapologetically intellectual odd ball label with a brainiac boldness when it comes to clothing. A fact that makes the man wearing it that much more fascinating and well worth getting to know better. 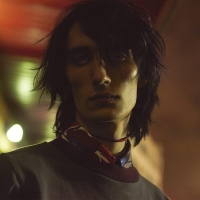 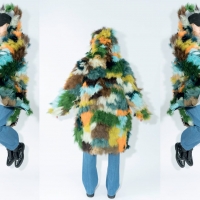